As you may have heard, we went camping this past weekend. All five of us plus the Wife's sister and our two annoying dogs made the trek across the border to the beautiful Willow River State Park just outside Hudson, Wisconsin. I know many Minnesotans who aren't real fond of the state of Wisconsin, for whatever reason. My assumption is that it's probably because the football team from that state, the Green Bay Packers, has won a bunch of Super Bowls, and our beloved Vikings have won zero. Us Minnesotans can be a jealous bunch, it turns out. Maybe there are other reasons, as well.

One of the reasons I love Wisconsin is the beauty that can be found in its great outdoors. Although having a reputation as being filled with flat farmland, Wisconsin is actually filled with thick forests, peaceful lakes, and tranquil streams. Willow River State Park has all of these things - especially trees. There are millions of trees, many of which were within the campground we stayed in.

The many trees were a nice buffer between our site and the neighboring sites, but they really caught the attention of the Boy, who loved pointing them out throughout our stay. But, instead of calling them by their actual tree names, which you would think any normal 2-year-old would be able to do, he pointed to all the trees, and yelled out "Coconut tree! Coconut tree!" At first we couldn't figure out why he was calling every tree a coconut tree, but then it occurred to us: he learned about coconut trees from our reading the book Chicka Chicka Boom Boom to him and his older sister.
Chicka Chicka Boom Boom is a classic children's book from the 1980s that was written by Bill Martin, Jr. and John Archambault. When I say it's a classic, that means two things. First, it's been a very popular book amongst parents for a long time. And secondly it means that it seems to me as though the authors were on drugs when they wrote it.

I consider most children's books that were written in the '80s or earlier to be classics, simply because it always seems to me that whoever wrote them had to be on drugs. Even the most revered children's books in history are that way. Have you read anything by Dr. Seuss lately? I mean, come on. Chicka Chicka Boom Boom is the same way. It's about all the letters of the alphabet trying to climb to the top of a coconut tree, but it's sprinkled with strange scat sayings that came straight from the 1960s. "Skit skat skoodle doot. Flip flop flee." What does that mean? It's gibberish. Do we really want our kids to grow up talking like Mel Torme? No, I want my kids to speak English.

And don't get me started on the even older classic books, like The Three Little Pigs! Why did people think it was ever a good idea to write a story for children in which all the characters get eaten except one? Did everyone think that giving their children nightmares was a good thing? I probably will never understand.

Oh well, I guess it's good to know the Boy was at least paying attention when we read him Chicka Chicka Boom Boom. Now that I know he is listening, I can move on to a more proper book that will teach him that all trees are not coconut trees. I'm thinking the Arbor Day Foundation's Tree Identification Field Guide is a good choice. That sounds like good bed time reading. We'll both probably fall asleep before we finish the first page. 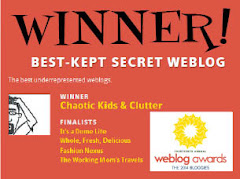 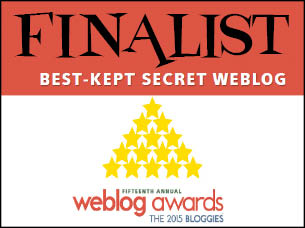 Scott
I'm Scott. I like to fly fish. I like to tie flies. I like to write things, on my blog & in magazines. I have a seemingly endless number of kids. The end.